What is tarsal tunnel syndrome?

There is an important nerve that travels near the ankle on the inside (medial) part of the foot called the Posterior Tibial Nerve. This nerve courses through a series of ligaments that act like a tunnel, protecting the nerve as it passes by the ankle. Once the nerve passes by the ankle, split into 3 branches coursing through the bottom of the foot and the heel. These nerves supply sensation to the skin on the heel and the bottom of the foot. If the nerve becomes damaged and swollen, the tunnel in which it travels may then compress the nerve. As the nerve gets squeezed it cannot function correctly. This then will produce symptoms within the foot and heel. Tarsal tunnel syndrome is very similar to a problem in the hand called carpal tunnel syndrome.

What are the symptoms of tarsal tunnel syndrome?

The symptoms of Tarsal Tunnel Syndrome can range from mild numbness to severe pain. Patients may describe burning, tingling, electric shooting in the skin, numbness, or pain. The symptoms will usually begin in the heel and move to the bottom of the foot and the big toe. Some will feel symptoms on the inner side of the ankle. There can be symptoms at rest and with walking. Exercise and increased activity can exacerbate the symptoms.

Tarsal tunnel usually affects active adults. It is rarely present in children. Nerves are very sensitive to a change in their normal environment. When a nerve is overstretched or compressed or squeezed, it can not transfer the information to the foot and back to the brain properly. The continued damage and trauma to the nerve will result in symptoms. When it is compressed by another anatomical structure, the neurological impulses through it are restricted. This causes pain, a burning sensation, and tingling. In many cases, the compression is caused by an adjacent muscle that grows too large for the area or from scar tissue. When the nerve is damaged it can become swollen and the nerve will become compressed within its tunnel.

People with exceptionally flat feet can develop tarsal tunnel syndrome due to the flattened arch causing strain on the muscles and nerves around the ankle and changing their route slightly, producing compression on the Tibial nerve.

In some cases, compression results from a cyst or mass in this area of the nerve. Systemic diseases such as rheumatoid arthritis and diabetes also can cause tarsal tunnel syndrome.

Another common cause for tarsal tunnel syndrome is trauma to the ankle, such as a fracture. When the injury heals, fibrous tissue, similar to a scar develops. If too much scar tissue forms, it can restrict movement in the tarsal tunnel and cause entrapment of the nerve.

In some patients, there are overgrown or damaged veins that are wrapped around the nerve. When the veins become engorged after increased activity or exercise, they can strangulate the nerve. This is why some patients feel increased symptoms after exercise.

How is tarsal tunnel syndrome diagnosed?

Diagnosis is simply achieved by the clinical examination and MRI’s of the patient. Dr. Soomekh will listen to the patient’s complaints, symptoms, and goals. The examination involves a hands-on analysis of the patient’s foot and evaluating their gait. An MRI scan of the ankle may be needed to evaluate the tarsal tunnel syndrome. Nerve conduction studies (NCV) may also be ordered to evaluate the degree of nerve damage. In some cases, evaluation of the lower back may be needed to rule out nerve damage in the back that may mimic tarsal tunnel syndrome.

How is tarsal tunnel syndrome treated?

Dr. Soomekh educates that early diagnosis and treatment of tarsal tunnel syndrome are the keys to successful treatment, faster recovery and painless lifestyle.

Conservative treatments rely on their ability to reduce the abnormal forces acting on the nerve. Then treatment is focused on healing the nerve. This can be achieved by wearing appropriate shoes with support. A short course of non-steroidal anti-inflammatory with ice therapy over the nerve is indicated. Physical therapy may be ordered. Custom molded orthotics can be made as an important tool to slow the progression of the tarsal tunnel syndrome and prevent recurrence after tarsal tunnel syndrome surgery.

Injection therapy with cortisone may also prove effective to reduce the swelling and scar tissue around the nerve.

Dr. Soomekh will always recommend and attempt conservative treatment when appropriate. However, when a tarsal tunnel syndrome deformity becomes chronically painful, and activity is difficult, surgical repair may be indicated.

Considering surgery can be intimidating. Ankle surgery including tarsal tunnel syndrome surgery is not supposed to be painful during recovery. When the skin and the soft tissues are handled with care and focus, most patients experience little to no pain immediately after surgery and throughout the recovery period. Dr. Soomekh takes great care and focuses to minimize the chance of postoperative pain. The goal of tarsal tunnel syndrome surgery is to relieve stress on the nerve, alleviate pain, allow a return to normal shoes, and allow a return to all activities. Most procedures allow for immediate assisted walking and a return to work while wearing a special walking boot and using crutches. Dr. Soomekh performs the procedures in an outpatient setting at state-of-the-art facilities.

The purpose of surgery to the tarsal tunnel is to release the structures that are compressing the nerve. This will allow the nerve to move freely about the ankle without the continued pressure of the abnormal soft tissues that surround the nerve. Once the compression is removed from the nerve, it can transfer information properly and the symptoms will subside over time.

Further exploration of the area is performed to identify the 3 branches of the main nerve and their respective tunnels. The tunnels and ligaments and muscles that are constricting the nerve branches are released. The skin is then closed using plastic surgery techniques.

The patient is placed into a cast and crutches for a period of 3 weeks with another 3 weeks in a walking boot. Physical therapy is recommended to facilitate a full recovery.

For more information or to get in touch with our office staff, please complete and submit the form below.
Click here to book online. 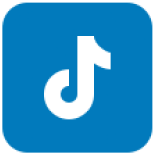